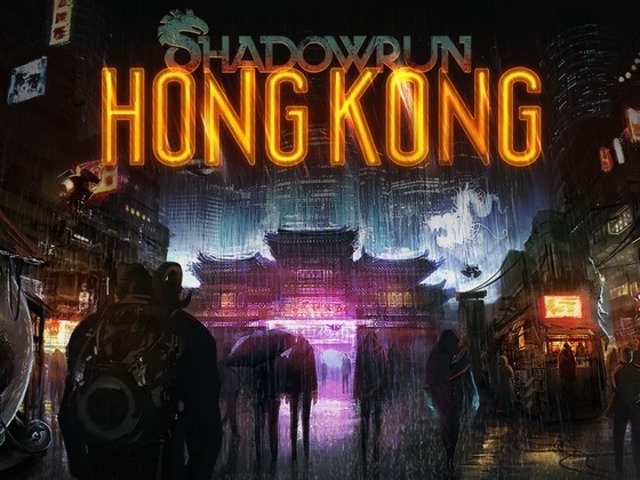 What platforms will the game be released on? Will there be a DRM-free option?

What about side missions for Rachter and Wu?

Is there going to be multi-player or co-op?

Shadowrun: Hong Kong is built on the same single-player engine as Shadowrun Returns and Dragonfall. Our focus on the story and characters can best be developed through a single-player campaign. Multi-player modes are outside the scope of our current budget, timeline, and staff. Last updated: Thu, Jan 15 2015 5:56 pm EST

Why aren’t you making the game for iOS and Android? I loved your previous games on tablet.

Focus = Quality. We have elected to focus all our efforts on PC in order to deliver the best game we can without the current processing and memory limitations of tablets. This focus allows us to have higher-fidelity visuals, larger map sizes, and more stuff on screen. Last updated: Fri, Jan 16 2015 3:19 pm EST

We promised to localize Shadowrun Returns and delivered on that promise, but the sales of the game in other languages does not support the expense of developing more localized versions of our games at this time. We love our international players and deeply regret this but there are business realities that cannot be ignored. Last updated: Thu, Jan 15 2015 5:46 pm EST

Are you going to have a Paypal option?

Unfortunately, no. Paypal makes the customer service end of things super-difficult and we do not have the staff to support it. We really appreciate that you want to support the Kickstarter, though, and hope that you’ll help us by spreading the word. Last updated: Thu, Jan 15 2015 5:47 pm EST

Why are there different delivery dates on rewards?

Some reward items depend on delivery of the game first before we can move forward with making and delivering the reward. Some digital rewards can be delivered almost immediately after the Kickstarter campaign completes. Physical rewards take different amounts of time to manufacture and deliver. Rest assured we will move as fast as we can to deliver all rewards to our backers. Last updated: Thu, Jan 15 2015 5:48 pm EST

I’m not in the USA - How will I pay for shipping?

International shipping for physical items will be paid separately from your Kickstarter pledge. When we are closer to shipping the items, we will send you a link where you will enter your shipping information and pay then. Last updated: Thu, Jan 15 2015 5:55 pm EST

What will the international shipping costs be for the physical rewards be?

From our experience during SRR, the minimum cost of shipping a package that is more than 4lbs can be as much as $30-80 depending on where it’s going in the world. This does not include any other customs fees that you may have to pay for your particular country.. Since we do not have the exact weights or package sizes of the rewards yet, it’s hard to guarantee what these costs will be. If you have concerns about the final costs of shipping or how your country handles customs fees, we encourage you to purchase digital-only rewards. Last updated: Thu, Jan 15 2015 5:55 pm EST

Will you be making a physical boxed copy of the game like you did for SRR?

No, we will not be producing a physical copy of the game. We found the manufacturing and shipping of the physical game during the last Kickstarter was quite complicated - as well as expensive and distracted the team from making the game. Last updated: Thu, Jan 15 2015 5:55 pm EST

Can I import my character from Dead Man’s Switch or Dragonfall?

No. The main reason is that the game wouldn’t be very fun. We want to ensure everyone has a great experience as they grow their character. If you started with an established highly experienced character, there would be huge balance issues. In addition, the tools change with every new release and the new code and old code don’t necessarily play nice. Finally, if you started with a highly experienced character, you would quickly become a powerful jack-of-all trades which isn’t consistent with the Shadowrun source material. Last updated: Thu, Jan 15 2015 5:55 pm EST

How will this game integrate with the SRR and DF editor? Will I be able to import the runs I’ve already made?

Shadowrun Hong Kong is a new standalone game built on the same base engine as previous Shadowrun games. All the art from our previous games will be included with the SR:HK editor. While the new editor will be familiar to those who have used previous versions, it will be upgraded with the features of the new game and we cannot guarantee that runs made in our other editors will be compatible with the SR:HK editor without some work on your part. Last updated: Thu, Jan 15 2015 5:55 pm EST

Nope. While we’re excited about doing interstitial animatics with voice-over narration, we feel that fully voicing our game would take away from the “theatre of the mind” experience that we brought you with Shadowrun Returns and Dragonfall. We want playing through Shadowrun: Hong Kong to feel more like getting lost in a good book than it does watching a movie - when you’re having a team conversation, we want you to hear your Gobbet, not ours. Last updated: Thu, Jan 15 2015 5:55 pm EST

About the brand new tabletop gaming SOURCEBOOK for SR:HK - what edition of the rules are you using?

What is this “Digital Tools Box” of which you speak? I know it not.

Here’s what you get: BEGINNER BOX The Shadowrun Beginner Box is the easiest way to dive into the intrigue, grit and action of one of the most enduring role-playing settings of all time! Tailor-designed for an easy-on-the-credstick entry, the Beginner Box includes the following: >The Edge of Now gives the flavor and background of the Sixth World >Quick-Start Rules: Fast rules and a quick adventure to whet your appetite for more. >A pre-generated character booklet: Allows for a gamemaster and one person to run a solo adventure. >5 pre-generated character sheets: Details that’ll allow up to five players to play with the help of a gamemaster. Whether you’re new to Shadowrun or new to roleplaying, this package will get you into the fun of hacking, shooting, and spellslinging your way to the top! RUNNER’S TOOLKIT: ALPHAWARE Scan This, Chummers: Do you play Shadowrun now and are looking for a set of tools to allow you to more easily run your existing group, or that’ll allow you to introduce new gamers to your favorite RPG at your local game store or hangout? Are you a gamemaster ready to give Shadowrun a shot, and you want a few extra tools at your disposal from the first toss of your dice? Have you tackled the Beginner Box and are ready to move up in the Sixth World? Say yes to any of those? Then the Runner’s Toolkit: Alphaware is the box set for you. Last updated: Thu, Jan 15 2015 5:55 pm EST

BackerKit is a service that crowdfunded project creators use to keep track of hundreds to tens of thousands of backers—from shipping details, pledge levels, preferences and quantities, whether they have paid or had their card declined, special notes, and everything in between!

The BackerKit software and support team is independent from the campaign’s project team—BackerKit does not handle the actual reward shipping. For more information about the preparation or delivery status of your rewards, please check the project's updates page.

How does BackerKit work?

After the campaign ends, the project creator will send you an email with a unique link to your survey. You can check out a walkthrough of the process here.

I never received my invitation. How do I complete the survey?

The most common reasons for not receiving a survey email is that you may be checking an email inbox different from the email address you used to sign up with Kickstarter, Indiegogo or Tilt Pro account, or it may be caught in your spam filter.

Confirm that the email address you are searching matches the email address tied to your Kickstarter, Indiegogo, or Tilt Pro account. If that doesn’t work, then try checking your spam, junk or promotions folders. You can also search for "backerkit” in your inbox.

To resend the survey to yourself, visit the project page and input the email address associated with your Kickstarter, Indiegogo or Tilt Pro account.

How do I update my shipping address?

When will my order be shipped, charged or locked?

That is handled directly by the project creator. BackerKit functions independently of the project itself, so we do not have control of their physical shipping timeline. If you want to check on the project’s status, we recommend reading over the project's updates page.

I completed the survey, but haven't received my rewards yet. When will they arrive?

As BackerKit does not actually handle any rewards or shipping, the best way to stay updated on the shipping timeline would be to check out the project's updates page.